Skip to content
At the most basic level, a leader is someone who leads other. But what makes someone a leader? 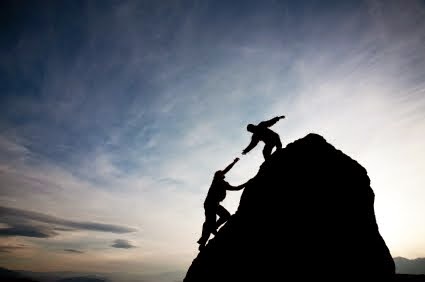 What is it about being a leader that some people understand and use to their advantage? What can you do to be a leader? Here’s what you need to know and do.

A leader is a person who has a vision, a drive and a commitment to achieve that vision, and the skills to make it happen. Let’s look at each of those in detail.

Whether the goal is to double the company’s annual sales, develop a product that will solve a certain problem, or start a company that can achieve the leader’s dream, the leader always has a clear target in mind. This is a big picture sort of thing, not the process improvement that reduces errors by 2% but the new manufacturing process that completely eliminates the step that caused the errors. It is the new product that makes people say “why didn’t I think of that”, not just a toaster that lets you select the degree of darkness of the toast. Edison did not set out to build a better candle, he wanted to find a whole new way to illuminate the darkness. That’s the kind of vision a leader has.

Is it a passion for the idea, an inner sense of drive, or some sense of commitment? Whatever it is, it is the strength that lets leaders move their vision forward despite all the obstacles, despite all the people saying it can’t be done, it’s too costly, we tried that before, or a dozen other excuses. The true leader perseveres and moves forward.

Trait And Skills A Leader Must Have

There are things that set leaders apart from other people. Some people are born with these characteristics. Others develop them as they improve as leaders. These are not magic bullets. They are things you can do and be if you want to be a leader.
Traits Of A Leader
There are as many traits of a leader as there ae lists of what makes a leader. Here are the fundamental traits of a leader from my perspective:

Beyond the personal traits of a leader, there are specific skills someone must master if they want to be a leader.

Bottom Line
Leaders dream dreams. They refuse to let anyone or anything get in the way of achieving those dreams. They are realistic, but unrelenting. They are polite, but insistent. The constantly and consistently drive forward toward their goal. You can be a leader. You will be – when it matters enough to you.